The launch of the climate risk analysis for Burkina Faso took place during a side event at the German Pavilion. The event was co-organised by the Potsdam Institute for Climate Impact Research (PIK), the German Federal Ministry for Economic Cooperation and Development (BMZ) and the Deutsche Gesellschaft für Internationale Zusammenarbeit (GIZ).

After a warm welcome by the moderator Sandra Schuster (GIZ), His Excellency Siméon Sawadogo (Minister of the Environment, Green Economy and Climate Change of Burkina Faso) gave the first opening remark, in which he stressed Burkina Faso’s vulnerability to climate change, which causes increasingly frequent and intense flooding, heatwaves and droughts. These extreme events, he further elaborated, have impacts on different natural resources, such as water and forests, and thus on livelihoods, such as farming and livestock rearing, particularly affecting women, youth and children. In terms of his expectations of COP26, Sawadogo demanded clear decisions and called for joint climate action. Dr. Heike Henn, who gave an opening remark on behalf of BMZ, agreed with Sawadogo on the urgency of the climate crisis, not only in Burkina Faso but all over the world, including Germany. She further stressed the importance of faster, more targeted and innovative climate action, highlighting the role of scientific data and information in adaptation planning. Afterwards, Prof. Dr. Christoph Gornott (PIK) presented key results of the climate risk analysis for Burkina Faso, which served as an entry point for a panel discussion, including His Excellency Siméon Sawadogo, Andrew Harper (UNHCR), Hartmut Behrendt (GIZ), Ellysar Baroudy (World Bank) and Prof. Dr. Christoph Gornott. The panelists shared their ideas on effective dissemination of climate information to different stakeholders and translation of climate polices into local action.

The recording of the event can be viewed via the media library of the German Pavilion. For the full scientific report (draft) and the executive summary of the climate risk for Burkina Faso, please visit our Downloads section. 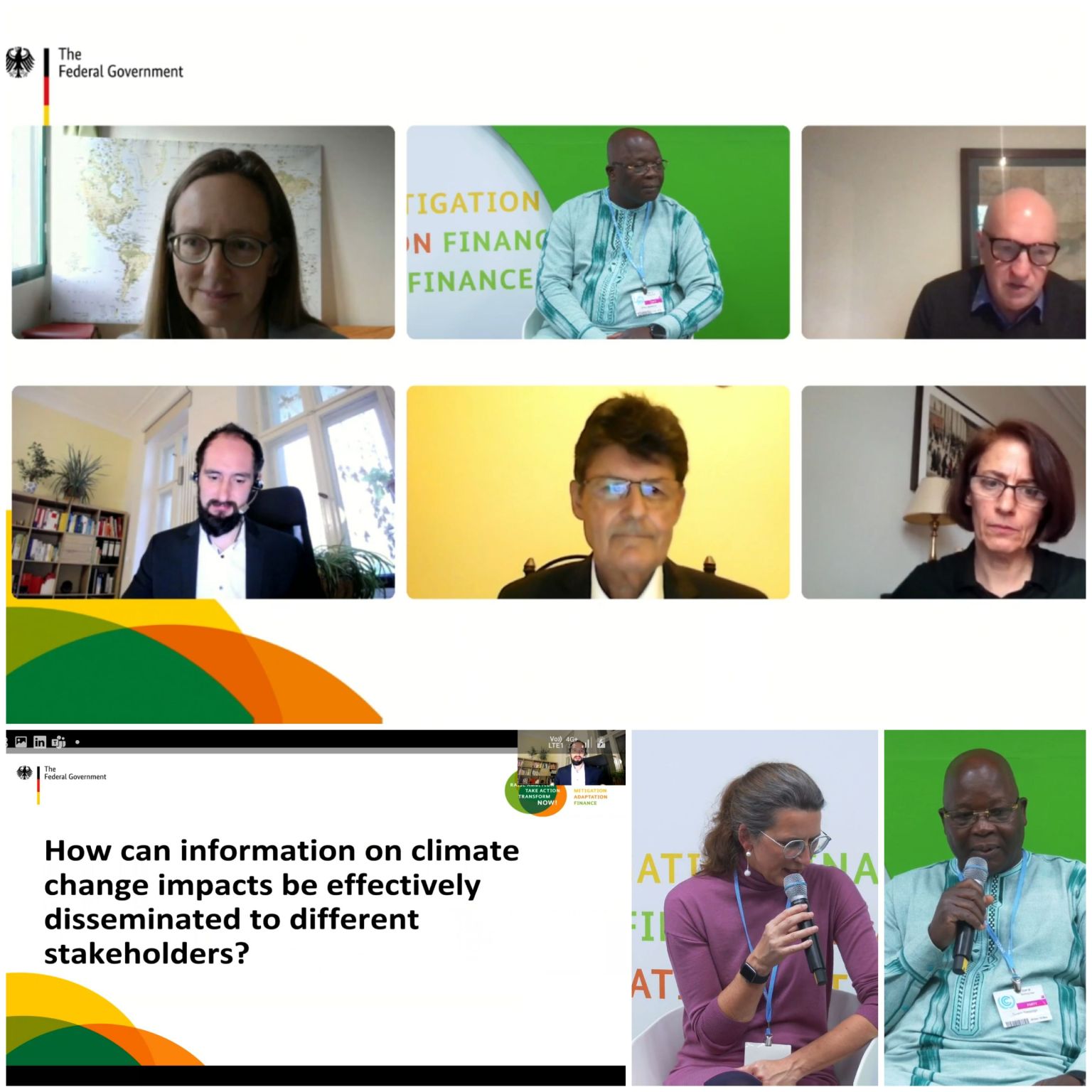