The climate risk profile for the Sahel, which was developed under the UNHCR Predictive Analytics project and in support of the work of the UN Special Coordinator for Development in the Sahel, was presented at yesterday’s COP26 EU side event.

After a short introduction by the moderator Claudio Rosmino (Euronews), the United Nations High Commissioner for Human Rights, Michelle Bachelet, gave opening remarks highlighting the human rights impacts that are being felt where migration is driven or influenced by climate change, and the need to put the human rights of migrants at the centre of policy responses. The opening remarks were followed by two inputs from the scientific community: first, Fabrizio Natale from the European Commission-JRC presented the latest research findings, showcasing the high exposure levels of many regions in Africa to climate change. Second, Sophie von Loeben from PIK presented the key results of the climate risk profile of the Sahel, showcasing the projected impacts of climate change on food security in the Sahel and its effects on displacement. Both highlighted the need to invest in adaptation, especially in rural areas to promote resilient livelihoods, food and nutrition security and ensure people can migrate by choice, and not out of necessity.

The presentations were followed by input from Angèl Dikongué-Atàngana, UNHCR, who highlighted the high levels of vulnerability and exposure to climate impacts and the subsequent high numbers of displacement in the Southern Africa region. Afterwards, Bina Desai from the Internal Displacement Monitoring Centre and Cecilia Jimenez-Damary, from the Human Rights Council spoke about the reinforcing interlinkages of climate vulnerability and conflict leading to increasing risks of internal displacement. The event was closed with a statement by Chiara Adamo, Acting Director for Human Development, Migration, Governance and Peace at the European Commission, DG INTRPA.

The recording of the event can be viewed here. The climate risk profile can be downloaded here. 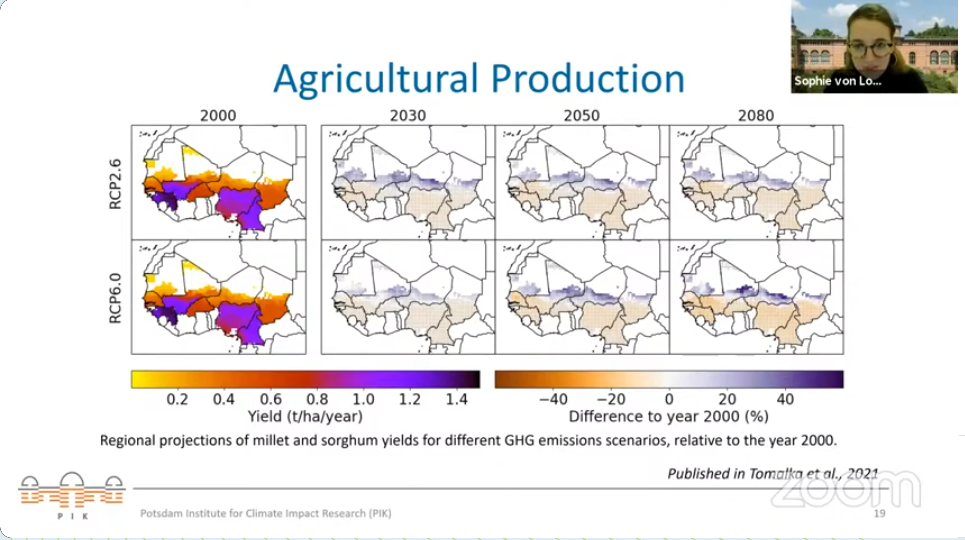