On March 27th 2022, PIK and GIZ jointly organised a workshop in Uganda’s capital Kampala to kick off the new AGRICA climate risk analysis. The workshop brought together various stakeholders working in agriculture and climate change, including representatives from local and national government institutions, the national scientific community, civil society and international organisations.

The one-day workshop was formally opened by David Löw, Deputy Head of Development Cooperation at the Embassy of the Federal Republic of Germany; Luigina Blaich, Head of Programme Promoting Rural Development at GIZ; Lydia Mugala, Senior Agriculture Officer at the Ministry of Agriculture, Animal Industry and Fisheries (MAAIF); Dr. Florence Adongo, Director of Water Resources at the Ministry of Water and Environment (MWE); and Prof. Dr. Christoph Gornott, Working Group Leader at PIK. The importance of science-based climate change adaptation was highlighted for both, national development planning, as well as the German-Ugandan development cooperation. Lydia Mugala (MAAIF) emphasized “the magnitude of challenge” for the agricultural sector and the need for “innovative thinking”. Dr. Florence Adongo (MWE) further highlighted the importance of adaptation, mitigation and enhancing technologies in the agricultural sector, with the agricultural sector being the backdrop of the economy and the biggest user of water in the country. Furthermore, Semambo Muhammad Kasagazi, Principal Climate Change Officer Adaptation at MWE gave a technical brief on the role of agriculture in Uganda’s national climate change adaptation agenda. The event was moderated by Naima Lipka and Janani Luwum Onencan from GIZ.

With the aim to support stakeholders with risk-informed planning and investment, a particular focus of the study will be placed on analysing impacts along the coffee and maize value chains and investigating interactions between climate change and land governance. Based on the risks identified, agroforestry, improved seeds and improved post-harvest handling and storage will be analysed as adaptation strategies with regard to their feasibility, cost effectiveness and aptitude for local conditions. 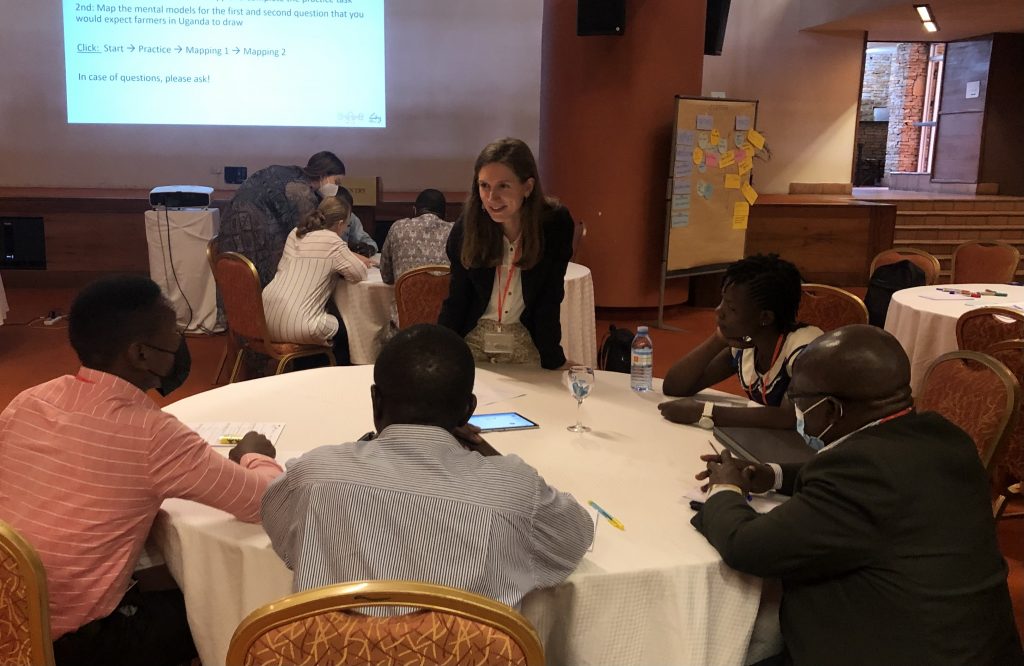 The workshop was followed by field work in Northern, Eastern and Central Uganda. Focus group discussions and key informant interviews were conducted with key stakeholders along the maize and coffee value chains, including people involved in farming, aggregation, processing and marketing, in addition to representatives of governments and NGOs. Results will be linked to climate and crop modelling. To assess how climate change and extreme weather events affect land tenure security and how tenure security in turn affects adaptation uptake, we used mental models to map farmers’ decision-making processes with the aim to better understand their perception of intention to a) acquire formal land titles and b) implement adaptation strategies. 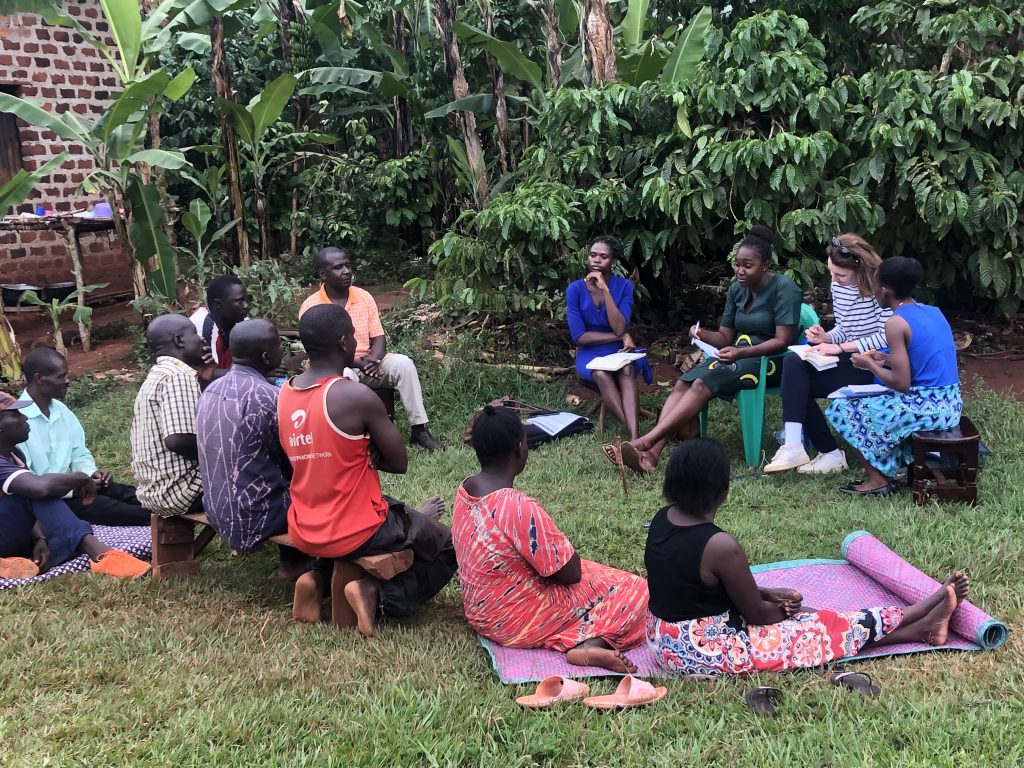